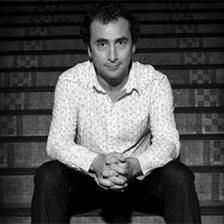 Born in Belgium in 1970, Alil showed great interest in the theater in his early years. He created his first acting duo at 20, Les Fous Alliés (“Two Crazy Allies”), and his experience on stage took off. He later moved to France where he became a stand up expert. From 2000 to 2003, Alil improved the writing on his play, Le Clan Des Divorcées, and acted on a risky idea: to play Brigitte, one of the three divorcees, himself. Thanks to the success of Le Clan, Alil and his brother Hazis own and manage four theaters in Paris including the mythic 1,000 seat theater, Le Palace, and three theaters in the French provinces of Nice, Strasburg and Lille. 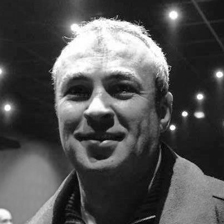 Since their childhood Hazis’s career has been linked to his brother Alil’s. As soon as Alil started his stage career, Hazis was there to manage the business, and to run the theaters they opened together. They started with The Comic’Art in Bruxelles (1994), then Les 3 T in Toulouse (1999), then Le Paris and Le Capitole in Avignon (2001), then La Comédie Republique and La Grande Comédie in Paris (2004 and 2006). In 2008 they became owners of the mythical Palace in Paris, followed by theatres in Nice, Strasbourg, Angoulême.